When a new Faygo flavor drops, Detroit media coverage bubbles over the top 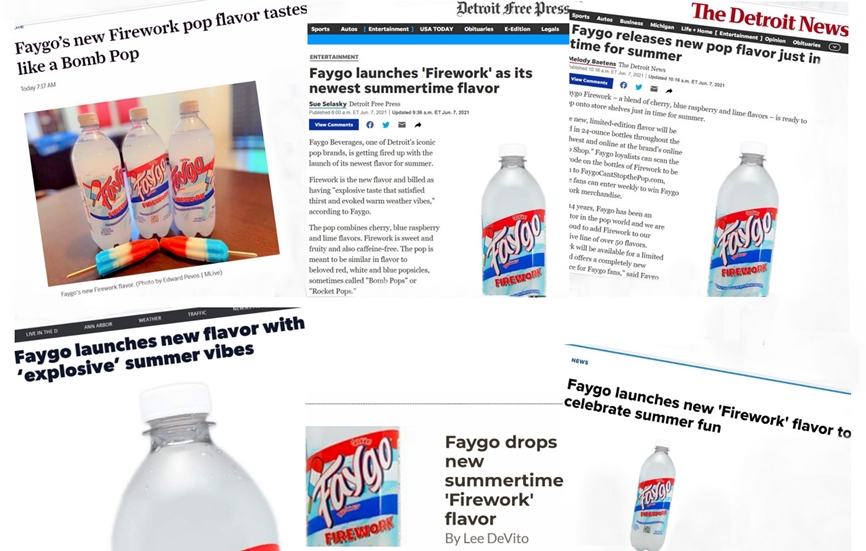 When you're an iconic hometown brand, promoting a new product is easy and virtually free. Just send a release, samples and watch eight Detroit media outlets drink it up.

We welcome a new Faygo flavor called Firework as much as other journalists thirsty for an uncomplicated, controversy-free topic, especially after the year gone by. Still, the tone and breadth of local gushing Monday about the seasonal addition to 50-plus varieties seems overly fizzy. "Tastes exactly like a Bomb Pop," MLive's headline says. 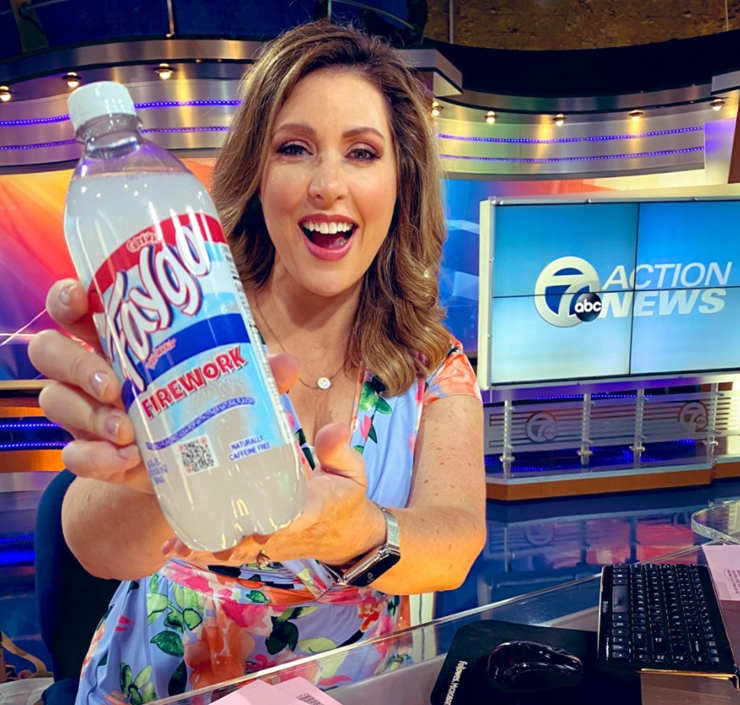 "Rejoice" is the second word in a brief Metro Times item, which quotes from a handout describing the beverage maker as "an innovator in the pop world" and "very proud to add Firework to our distinctive line." The Free Press, The Detroit News, Eater Detroit, Michigan Chronicle, WXYZ and WDIV also use that language attributed to the firm's president.

The Freep adds: "Firework is ... billed as having 'explosive taste that satisfied thirst and evoked warm weather vibes.'" WDIV, WXYZ and Eater echo the company's taste description: "the perfect combination of fruity and sweet."

The bubbly coverage is about 24-ounce bottles of pop with cherry, blue raspberry and lime flavors designed to resemble red, white and blue popsicles of our youth (or adulthood -- no judging).

And yes, we get that this item adds to the cascade.