April Moss, a Detroit meteorologist who vaulted two weeks ago from our 14th-ranked TV market to national martyrdom, has raised over $123,000 online -- more than a third of her $350,000 goal to ease unemployment.

The 38-year-old weathercaster, who had been at WWJ-TV more than nine years, was fired after popping off during a June 20 newscast against mandatory workplace Covid tests, masks and pro-vaccine coverage by her station and ViacomCBS, its owner. 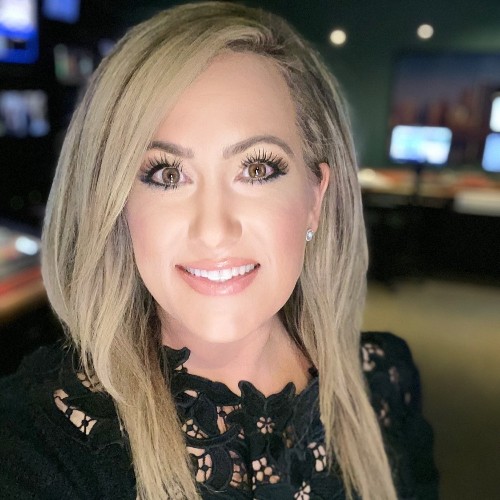 April Moss: "I will never stop fighting for truth and freedom." (Photo: LinkedIn)

A day later, she launched a "Support April" page at GiveSendGo, a "Christian crowdfunding site," and released a 21-minute video conversation with the founder of Project Veritas, a conservative activist group. The 2005 Central Michigan University graduate calls her stance "a human rights issue" and said her ex-employer used the "power of all of [the] ViacomCBS brand to legitimize the Covid-19 vaccine."

"This issue is not just about me. I'm watching our whole nation suffer ... under these policies that are enacted by corporations," Moss tells headline-grabbing provocateur James O'Keefe in his group's video.

The job-ending live newscast stunt on Fathers Day continues to earn sympathy, support and dollars from vaccine resisters and corporate media critics. Sixteen donations of $10 to $30 have come since Sunday.

"Thank you for your courage," an anonymous donor posts Tuesday. "Hope you and a few others are the first trickles of journalism finally turning around and getting back on track." A day earlier, "KimThePatriot" gave $25 with this encouragement:

"You are an AMAZING Patriot, you did the RIGHT thing and you should be SO PROUD of yourself. THANK YOU on behalf of every single Patriot across our Beautiful country and across the world. Humanity will be saved because of people like you. We were chosen for this." 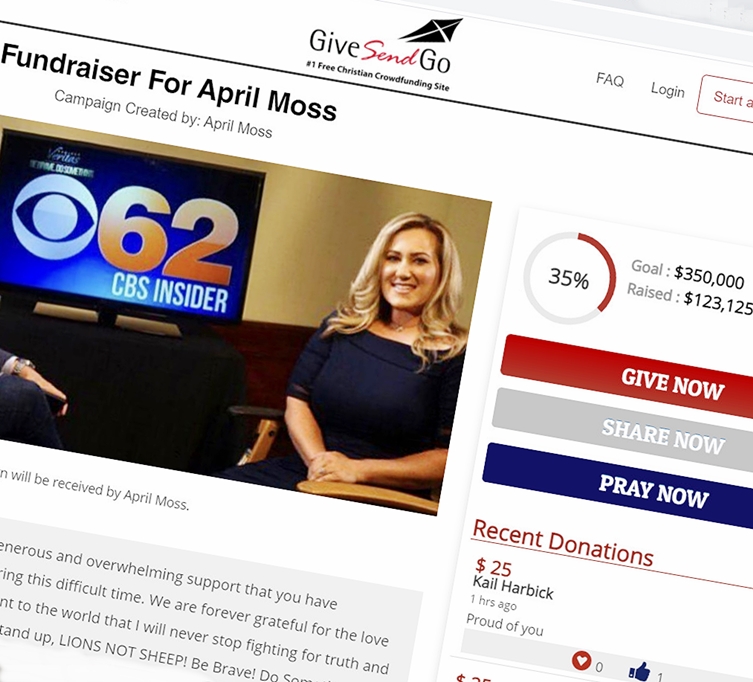 Moss, who doesn't say how the money will be spent, thanks backers "for generous and overwhelming support that you have showered upon my family and I during this difficult time." Her update adds, in part:

"It is my commitment to the world that I will never stop fighting for truth and freedom. It's time for Americans to stand up, LIONS NOT SHEEP! Be Brave! Do Something!

"I felt led to stand up to the medical discrimination that was being enforced by ViacomCBS on its employees. The mandate for any individual to be tested for Covid-19 for employment or participation at a university or other institution violates federal law."

Actually, a Texas federal judge on June 12 dismissed a lawsuit filed by 117 employees of Houston Methodist Hospital to challenge its vaccine requirement. The health facility said 153 employees resigned during two-week suspensions or were fired June 22, coincidentally a day after Moss in Detroit.