Seventeen pieces of imaginative metalwork are on view for 19,000 drivers who travel Moross Road each day between I-94 and Mack Avenue on Detroit's far east side.

The display on seven median islands in the Cornerstone Village area near Ascension St. John Hospital will remain through fall, when a fresh set of works replaces this year's set. The rotating displays are financed by donors to the Moross Greenway Project, a nonprofit group launched in 2009 and supported by the hospital, Grace Community Church, Wayne County, the cities of Detroit and Grosse Pointe Farms, and by neighborhood associations, businesses and garden clubs. 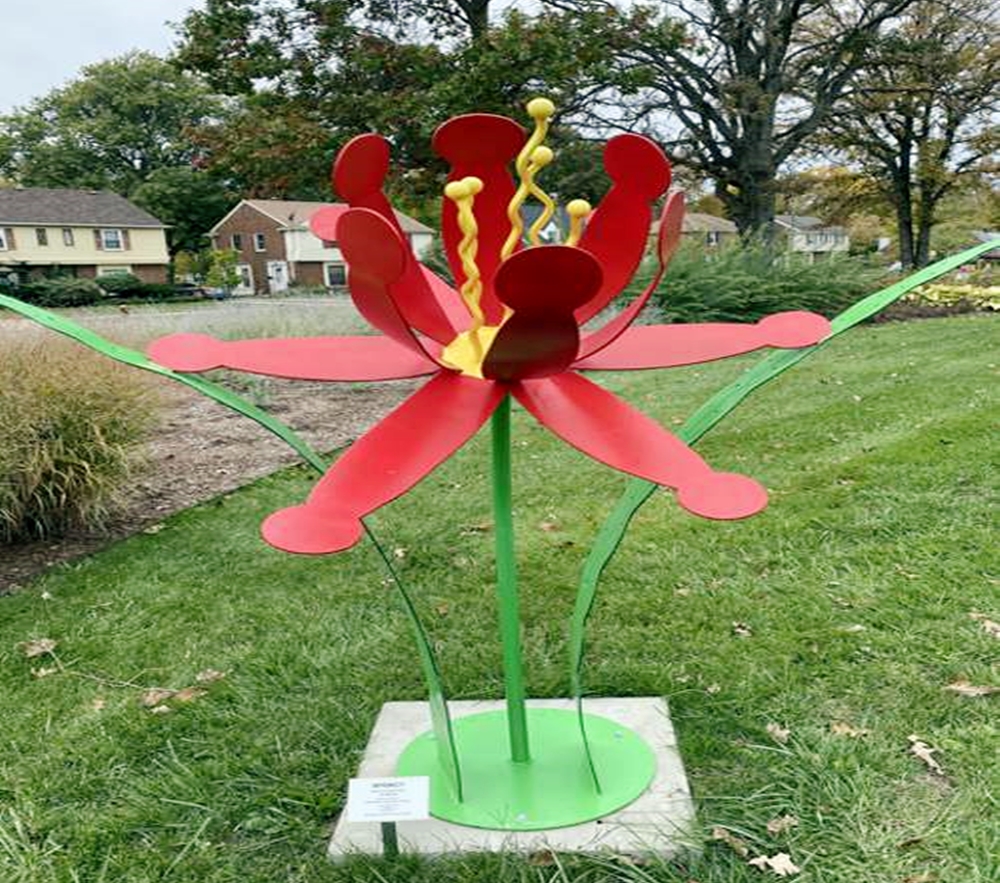 Organizers see the colorful streetscaping as a "a contributor to sustained, or even increasing, property values ... a wellspring of community pride and a spark igniting continued beautification efforts," as the project website puts it. The group earlier landscaped the median with more than 100 trees, 500 shrubs and 9,700 perennials.

All but one of the large, modern sculptures by 15 artists are on sale for $2,800 to $40,000, making this a combination of public art and open-air gallery. Tom and Diane Schoenith, proprietors of the Roostertail restaurant on the Detroit River, bought one piece -- "Full Swing" by John F. Piet III, pictured on the right above -- and donated it to be left on display. 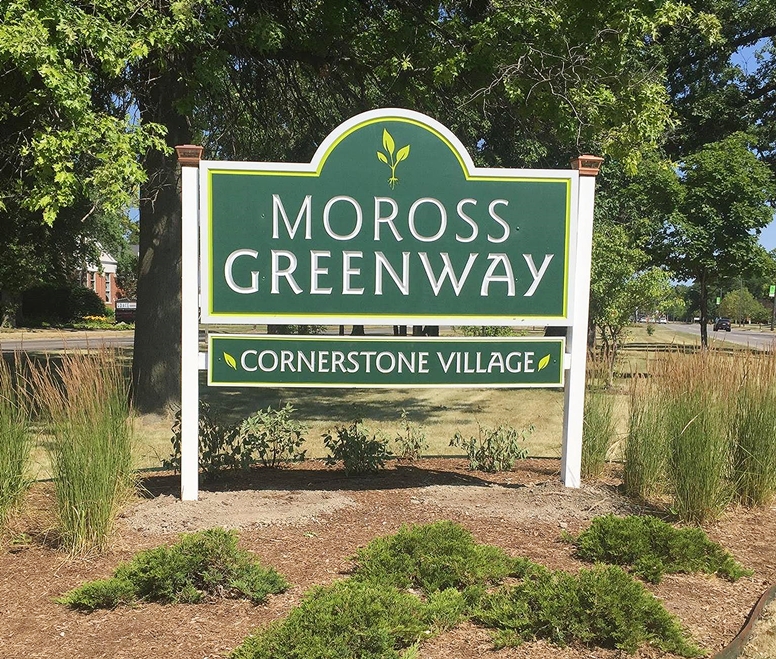 As shown above and below, works are mostly steel and include boldly colored pieces as well as some left unpainted to show a weathered patina (a nice way to say rusting). They're picked by a project committee from choices pictured by the Midwest Sculpture Initiative, a Lenawee County organization that handles installation and sales. It was set up in 2003 by Kenneth M. Thompson, one of the current Moross exhibitors.