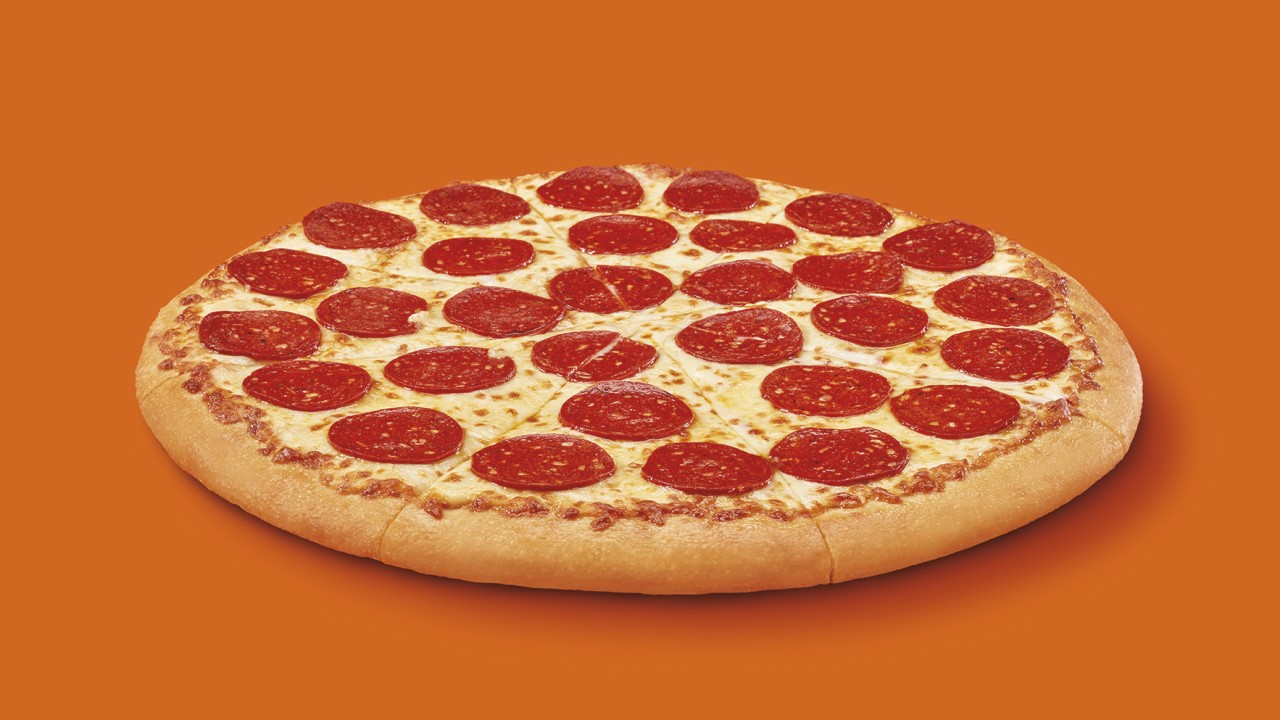 The Detroit-based pizza chain, the third-largest in the world, on Monday began offering "Planteroni pizza" with soy-free pea protein as a pepperoni alternative. The mock meat comes from a 24-year-old Seattle company called Field Roast.

The $8.49 pie, which rolled out in Detroit and four other U.S. markets, is "the first pepperoni alternative to be made with pea protein, rather than soy, and is non-GMO and made without artificial flavors," a release says. It's seasoned with fennel, black pepper, garlic and paprika to mimic pork pepperoni.

The Detroit Free Press sampled the creation and says:

The texture was a little too soft, tasters said, and unlike regular pepperoni with its sometimes chewy texture. Tasters also missed the slightly crispy edges of pepperoni. Though others didn't mind the texture.